The medusa stage is also the mature stage of the jellyfish. The medusa reproduce sexually and the resulting larvae sinks to the bottom where it attaches as a small polyp during winter.

The polyp grows during the next summer and releases parts of itself as medusa late next summer. Jellyfish are most commonly seen during late summer and autumn when the benthic polyp stages develop into the larger pelagic medusa stages.

Six to seven species of jellyfish have been found around Iceland and most of these have been found north of the country. Jellyfish are the largest zooplankton and some species reach over 1 m in diameter. 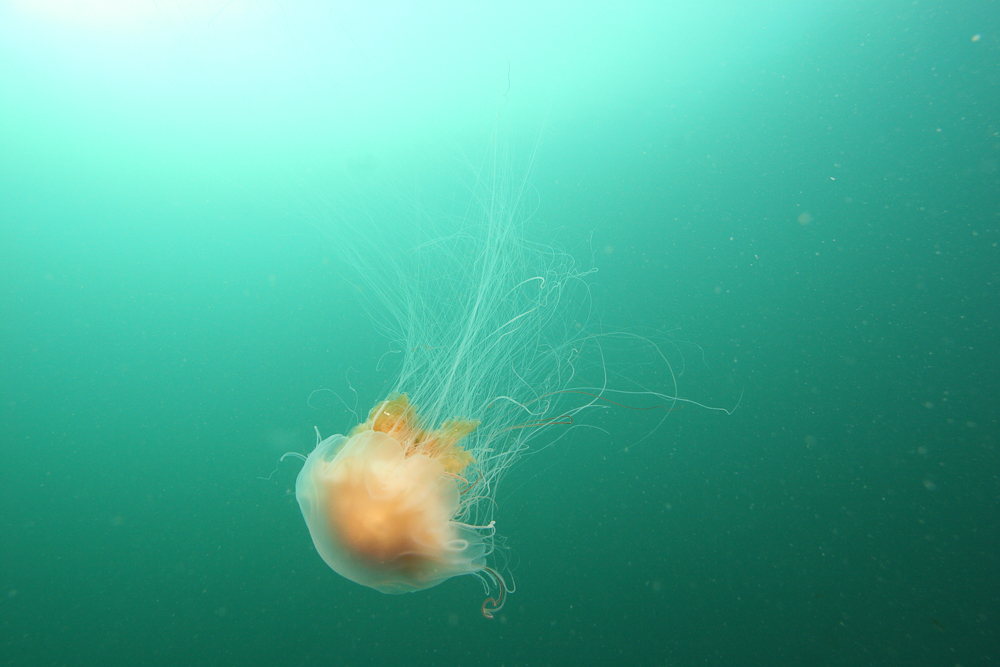 The lion's mane jellyfish (Cyanea capillata) is the largest jellyfish in the world and in fact in the Guinness book of records as the longest invertebrate in the world with tentacles of up to 37 m (120 feet) long. This species is quite common all around Iceland.

No deadly jellyfish species can be found around Iceland. Some, such as the lion´s mane jellyfish can cause rashes or even burns on the skin so they should not be touched. The moon jellyfish (Aurelia aurita) is much more common and this species is smaller and harmless. In the tropics species scan be found that are potentially fatal to humans.

Jellyfish are voracious predators and they are probably harmful to many commercial species around Iceland by eating their juveniles. Potentially they also compete with fish species for food.

Jellyfish have also caused damage to fish farms because the caged fish cannot escape the jellyfish bloom in the autumn. The relationship between commercial fishes and jellyfish can be complex because, deadly as jellyfish are, juvenile cod and haddock do sometimes seem to want to be close to them to avoid being eaten by adult fish 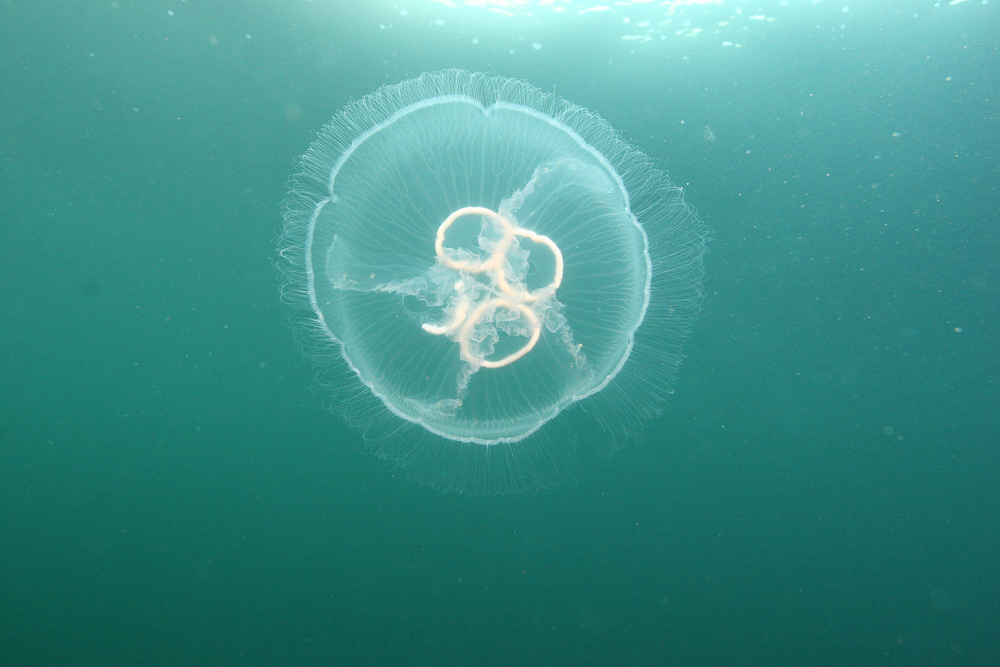