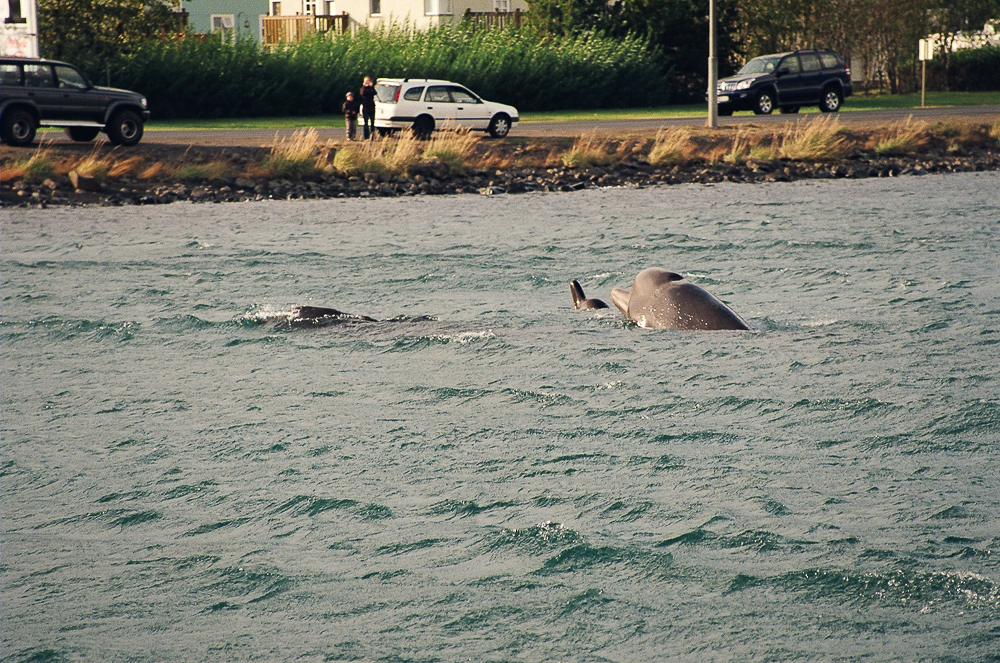 Northern bottlenose whales (Hyperoodon ampullatus) are toothed whales although they do not have many teeth. The bull has only one tooth while the cow has none. They are among the largest toothed whales and the males can reach up to 10 m length. The females are never more than 9 m.

They are similar in size to minke whales, which are among the smallest of baleen whales. These two species are somewhat similar in appearance if only the back is seen but the bottlenose whale is easily distinguished by its bottle nosed face.

Bottlenose whales are primarily oceanic and rarely seen close to land except beached dead animals. They are one of the deepest-diving whales, known to dive to more than 1 km depth. The major feeding grounds for Northern bottlenose whales are outside the continental shelf, where the depth is more than 1 km. The main food is squid, but other animals, such as fish, sea cucumbers and sea stars, have also been found in their stomachs.

Occasionally they are seen in inshore waters, mainly in autumn when they are migrating south. In the autumn of 2008 five bottlenose whales did stay in the harbour area of Akureyri for many weeks, much to the enjoyment of the locals. They have often been seen in Eyjafjörður since then but have not resided for a long time. Old annals mention that this has in fact happened several times before. 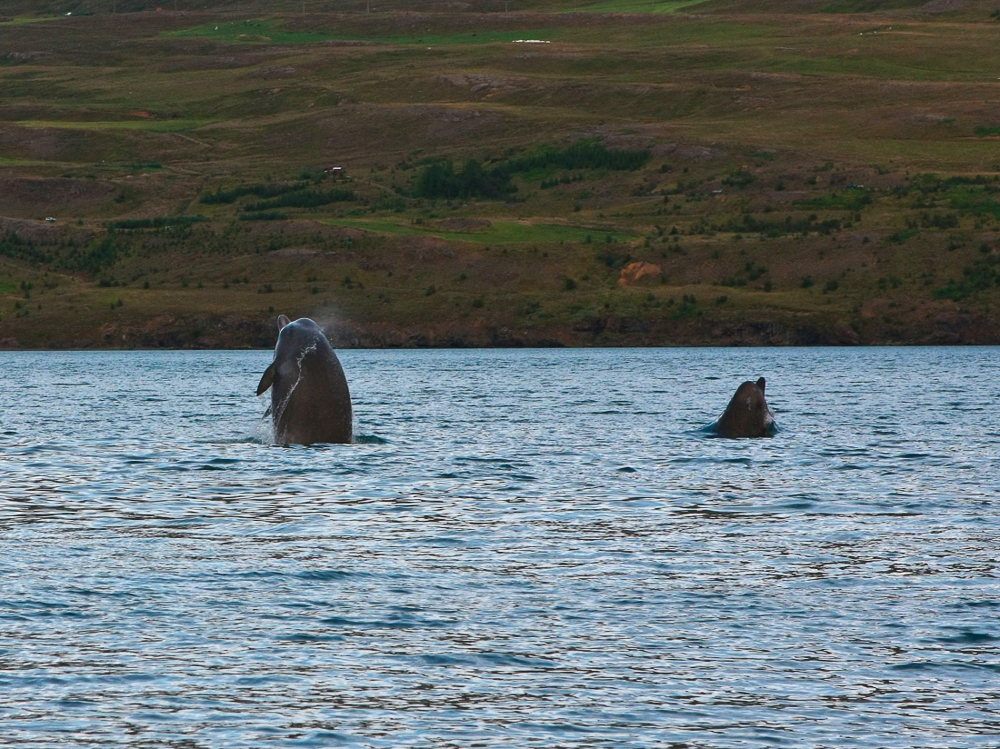 Bottlenose whales have never been hunted in large numbers by Icelanders because they rarely come in close to shore. However, records show that ccasionally they were hunted in Eyjafjörður during the 17th and 18th centuries.

However, Norwegians hunted bottlenose whales in deep waters north and northeast off Iceland from the mid-19th century until the 1920s. The bottlenose whale was primarily hunted because of the whale oil. Bottlenose whales are curious by nature and known for investigating boats when nearby. They also try to help wounded members of the pod. These two factors made them easy prey for whalers.

Bottlenose whales become mature at the age of 8-12. The female can bear a calf every 2 years after a 12 month gestation period. The 2-2,5 m long calf is born in April-July. They are probably weaned in the first year but can stay with the mother for much longer. The maximum known age for males is 37 years and 27 years for females.