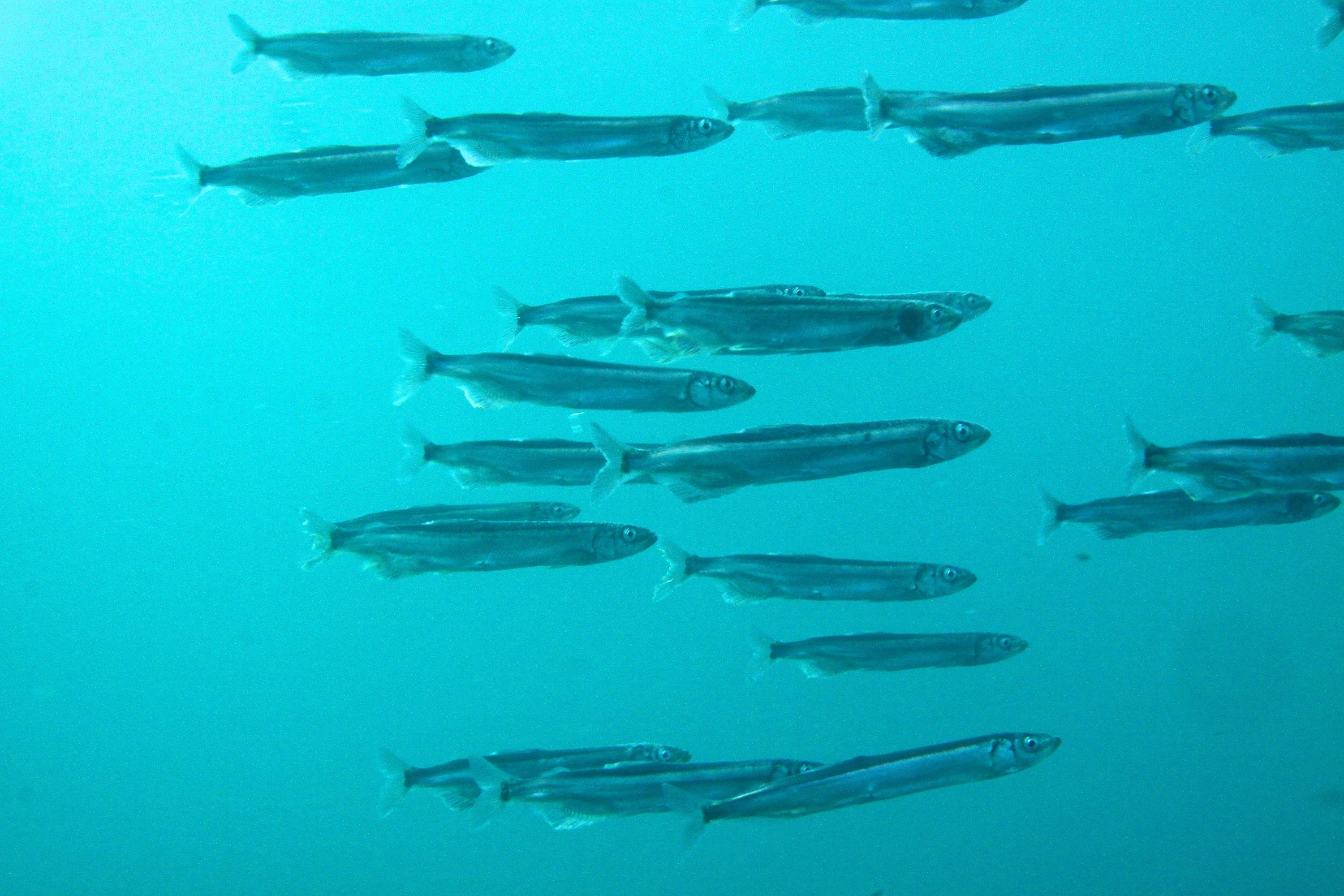 Some of the most common fish in the ocean are the small pelagic fish, which means they spend their life away from the coast and near the surface. In warm waters anchovies and sardines are superabundant while in cold waters, it´s herrings and smelts (incl. capelin). In between, one can find blue whitings, and mackerels. These species are not many but they are extremely abundant and migrate great distances. Changes in their distribution due to environmental changes are dramatic and easily noticeable. Usually they feed on zooplankton such as copepods.

Juvenile Atlantic herring (Clupea harengus) live in the fjords in northern Iceland all year and juvenile capelin (Mallotus villosus) arrive on the coast in the spring and summer. Adult herring is often found in great abundance off the northern coast and in fact sustained the most important fisheries there for decades. However, the migration patterns of the adult herring can change dramatically, so large herring has not been particularily common off northern Iceland during the last decades. Adult capelin remain outside the fjord except during the spawn in the late winter, at which time they move closer to the coast and follow it to the south shore. Some capelin remain in the various fjords along the north and east. Atlantic mackerel (Scomber scombrus) and blue whiting (Micromesistius poutassou) have long migrations that vary with environmental conditions.

Some larger pelagic fish are occasionally found off northern Iceland. However, large pelagic fishes are rare in cold waters, and their role is taken over by marine mammals. Examples of species found in the north are the long-snouted lancetfish (Alepisaurus ferox), dealfish (Trachipterus arcticus), and the opah (Lampris guttatus). All are rare guests but for some unknown reason really many dealfish were found within the fjords in 2009. Although dealfish are related to opahs, the two species are radically different in appearance. The opah is nearly as tall as it is long and it‘s thick and heavy, reaching a weight of 270 kg. It is also brightly colored. The opah was recently shown to be warm-blooded. On the other hand, the dealfish is very long and slender. It can reach a length of 300 cm and its body is a silvery white on the sides with bright red fins.

The smallest pelagic fish are usually found at middle depths. Three of these are often seen off the northern coast are the silvery lightfish (Maurolicus muelleri), the glacier lanternfish (Benthosema glaciale), and the jewel lanternfish (Lampanyctus crocodilus). All of these bear spots that produce bioluminescence.