There are many redfish species (or rockfish as they are called in the Pacific) in the ocean and at least three species have been found in Icelandic waters. Redfish are difficult to distinguish, so there is always some uncertainty. Three redfish species that are landed in Iceland: golden redfish (Sebastes norvegicus), beaked redfish (Sebastes mentella), and Norway redfish (Sebastes viviparus). Each species prefers somewhat different depths and habitats. However, genetical studies indicate that it is possible that the both the golden and beaked redfishes can be split into 2 species.

All of these are slow-growing fish that reach maturity at a relatively late age and can live for many decades. Redfish are unusual among fish in that they bear live young rather than laying eggs. The main food of all redfish species is krill.

Golden redfish is common throughout the North Atlantic and therefore, all around Iceland. This was the first redfish species to be commercially targeted in Icelandic waters but the fisheries are mostly in the southwest. 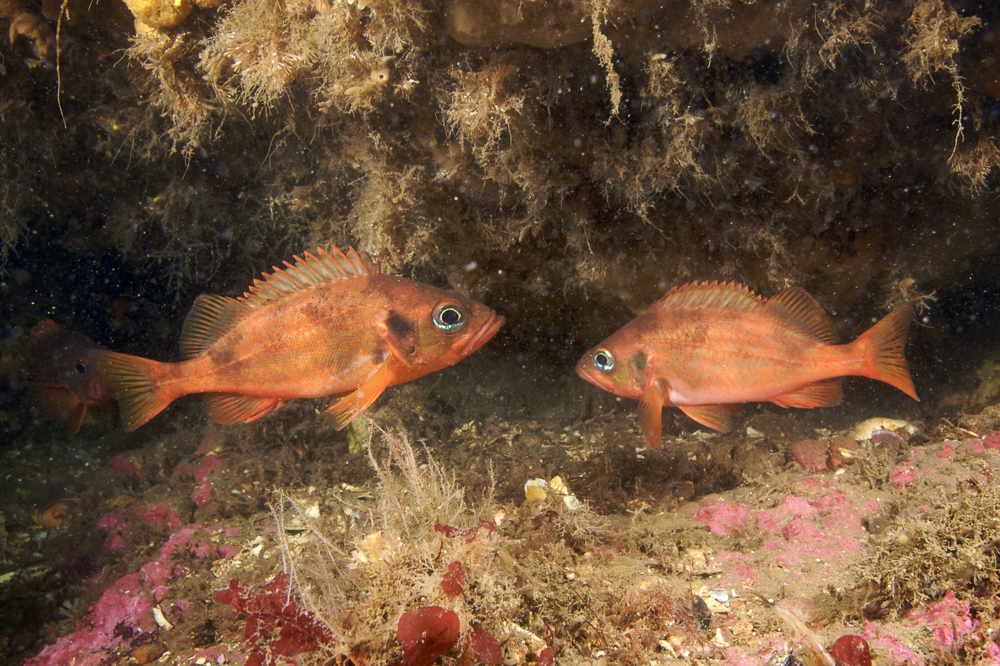 The Golden redfish is considered a demersal fish (one that lives close to the seafloor) but they do migrate vertically in the water following a day-night pattern as they feed.

The third species is the Norway redfish. This is the smallest of the redfish species and it is not fished much commercially, though it is sometimes caught as bycatch.The Golden redfish is also demersal but is found in shallower waters than other redfish. 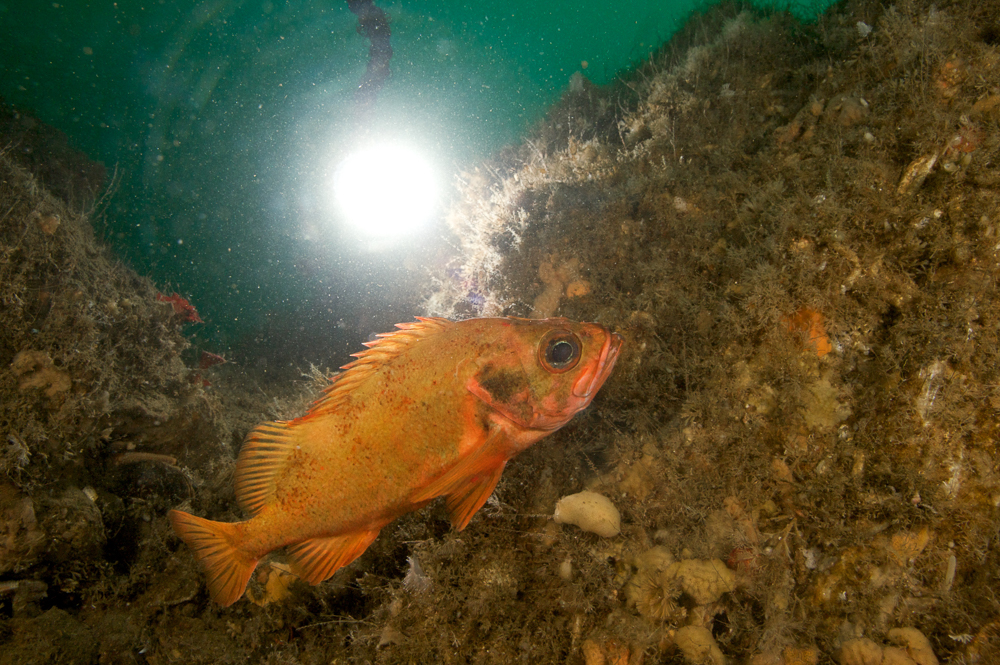 All species are found north of Iceland. In fact, the golden redfish is one of the the most most common fish there. However, they are most abundant deeper than 100 m so they are not often caught when sea angling. Sometimes they can be found when diving in shallower waters where the bottom is rocky and irregular. While Norway redfish are often seen in the north, they are much more common in warmer waters. Beaked redfish are only found in deeper waters outside the fjords, one has to have a trawler to catch those.

Distinguishing between species can be difficult. The golden redfish usually has a more orange or golden color once it is full grown. The beaked redfish has a distinct downward-facing spine on the front of its lower jaw and its color is closer to magenta than orange. The Norway redfish is never large, has a dark spot just behind the gill covers, and usually has vertical bands of darker and lighter colors.