The Cnidaria are generally considered the second most primitive animals after the sponges. Like sponges, cnidarians have a very simple construction but they differ in that they have evolved some internal organs and a primitive neural system.

Cnidarians exist in many sizes but basically only in two shapes: benthic polyps (for instance, anemones) that look like flowers and pelagic medusa (such as jellyfish) that look like parachutes. Many species go through both of these stages during their life.

Despite their rather innocent appearance, cnidarians are all predators that eat whatever they can catch and swallow. The tentacles are covered with cells, called nematocytes or cnidocytes, that are used in the trapping and killing of prey, defense against predators and sometimes in the construction of a tube in which the animal lives. Stinging nematocytes—also called penetrant nematocytes—inject venom into prey or potential predators. 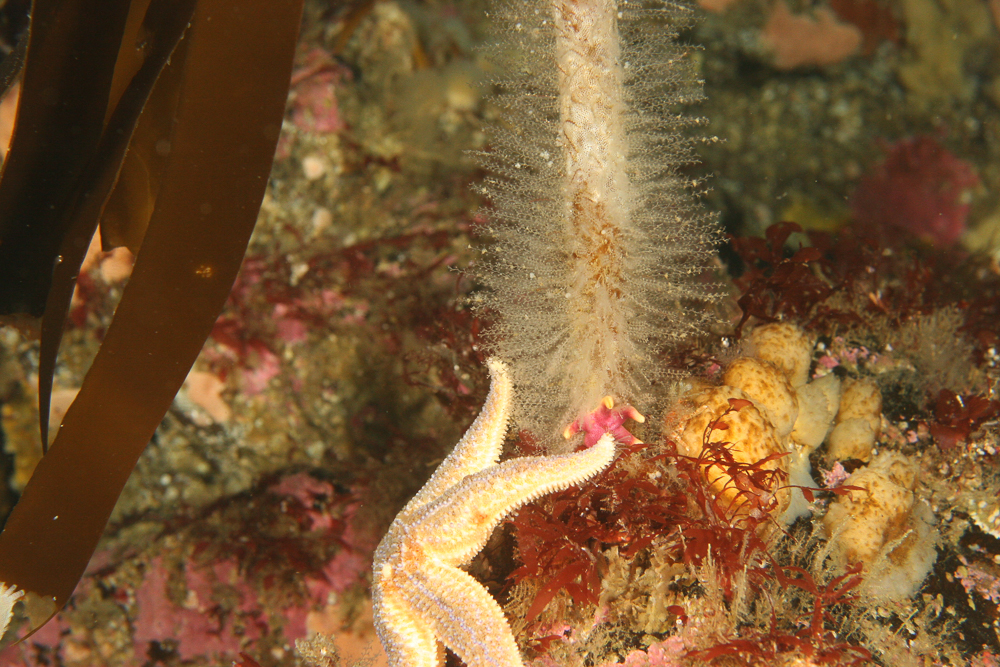 Adhesive nematocytes—called ptychocysts—fire a sticky filament that traps prey and, in the case of burrowing anemones, allows the animal to attach itself to the inside of the tube in which it lives. Other nematocytes—volvent nematocytes—contain a looped filament shaped used like a lasso and is used to snare prey.

Cnidarians should therefore be handled with care. Icelandic species do not kill people but some can cause rashes or even burns on the skin. Some species in warmer waters of the world can be lethal.

Probably, the best known cnidarians are the jellyfish. They start their life cycle as benthic polyps, then they mature and enter a pelagic medusa stage. This usually happens in late summer and autumn.

Other well know cnidarian groups are corals, sea anemones and hydrozoans. Corals and sea anemones are closely related, but differ, mainly because corals are colonies of very small individuals, while sea anemones are usually solitary individuals. Corals are usually associated with the tropics, but coral reefs also occur in deep waters in colder areas of the oceans, including Icelandic waters. Soft corals that do not form reefs are found in northern Icelandic waters but cold water coral reefs are not found there. 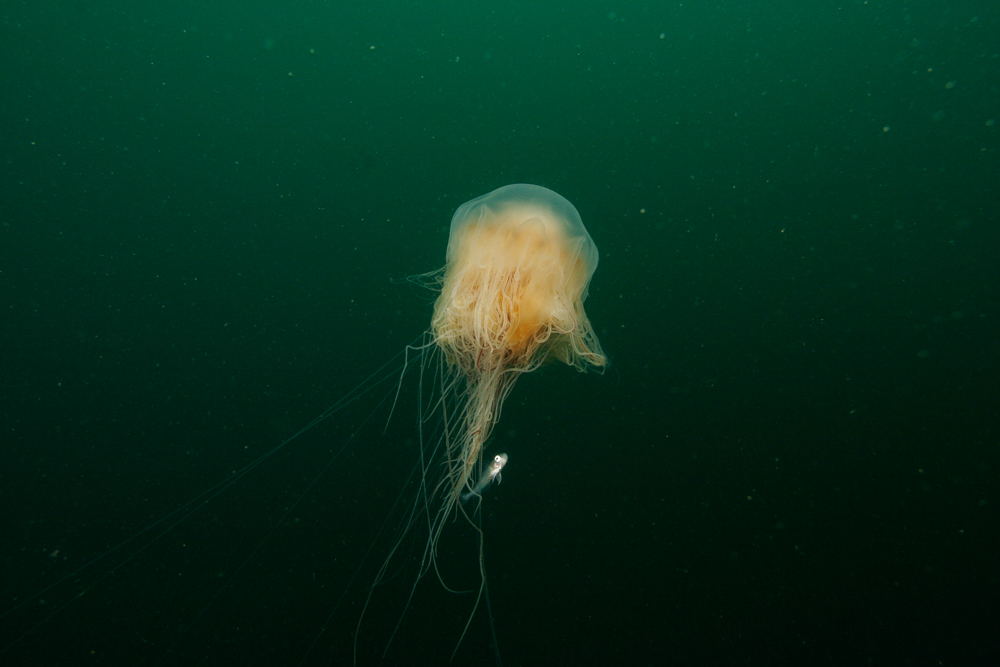 Sea anemones are common on hard substrate throughout Eyjafjörður, some even live commensally on snails or hermit crabs. This arrangement is beneficial to both animals as the anemone gets food in the form of particles broken off or stirred up by the animal it attaches to and the snail or crab gains the benefit of the anemone’s stinging cells that potentially keeps away predators.

Hydrozoans are common both as polyps and small medusa. The polyps form colonies similar to those of coral. But the hydrozoan colonies are relatively soft and look like vegetation growing on hard surfaces, even other animals or kelp. These are of course animals, not plants.