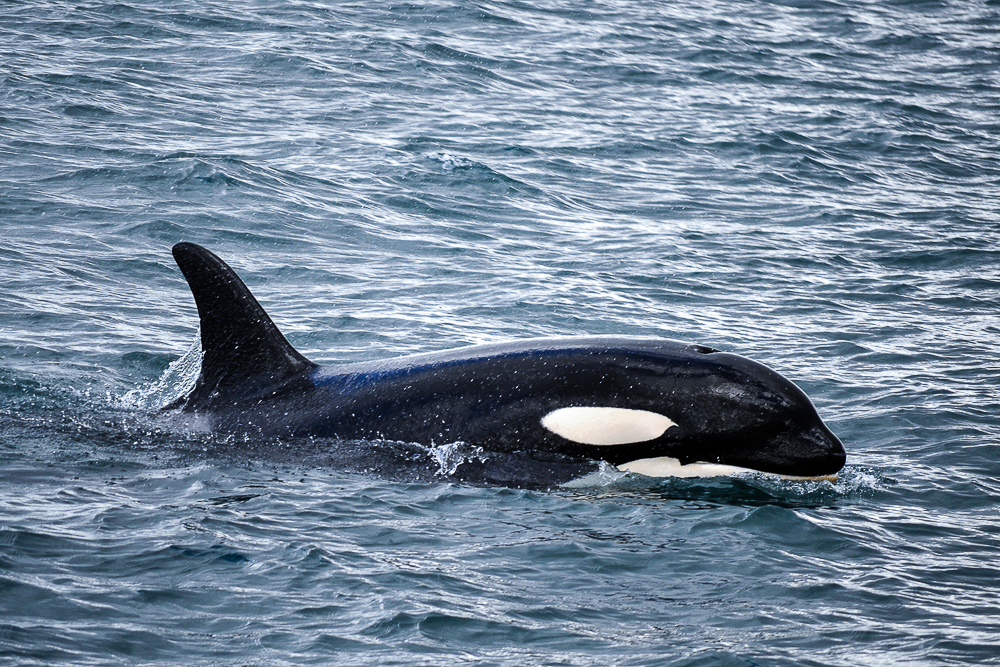 The killer whale (Orcinus orca) is the largest dolphin species in the world. It can grow to 10 m in length and more than 6 t in weight. It also looks different from the classical dolphins as it is stockier and more robust. The killer whale is probably the most widely distributed animal in the world and it inhabits the sea all around Iceland. However, historically they have been most abundant where herring congregate because this is their favored prey. Other marine mammals and fishes are also a prey for the killer whale.

Norwegian boats caught about 300 killer whales in Icelandic waters in the period from 1955 to 1972. However, killer whales have not been hunted actively by Icelanders, though some were caught alive for aquariums.

Many aquarium killer whales trace their origins to Iceland, the most famous being Keiko who starred in the movie "Free Willie". A considerable effort was made by a US based fund to try to re-establish Keiko in the wild in Iceland. These attempts were unsuccessful and in the end Keiko died from flu in Norway.

The reason why Icelandic killer whales became popular in the aquarium trade is that Icelandic purse seine skippers fishing for herring invented ways to catch individuals alive without killing the rest of the pod, as was frequently done in other countries where killer whales were hunted for aquariums. An estimated 5,500 killer whales live in Icelandic waters.

It is unfortunate that they have been given the common name killer whale, considering that there is not a single documented case of such an animal attacking or harming a person in their natural habitat. So, while they are apex predators known to kill and eat fish, birds, and other marine mammals (seals and whales), they are no more of a killer than other predatory animals. It is preferrable to call them orcas, as many researchers do.