Atlantic cod (Gadus morhua) is “the fish” in Iceland. It is by far the most important marine resource in Icelandic waters. Through the centuries its economic importance might only briefly have been surpassed by herring in the 20th century and possibly Greenland shark in the 19th. Othervise, for 99% of the time it was cod. For several centuries salted cod was even the Icelandic coat of arms.

The cod is also a large, fecund, greedy, and rather fast growing fish and therefore, has great impact on other marine species in Icelandic waters. Therefore, in many aspects, the cod is the most important animal in Iceland and really deserved to be the Icelandic coat of arms.

The cod is probably the most common fish in northern Icelandic waters. It is not quite clear if there are one or more stocks found in the are. Recent genetical studies indicate at least two stocks. One is resident and grows slowly due to limited food availability in the fjord.

Another spawns in shallow waters along the coast of Iceland in spring but then migrates to feeding areas in deeper waters and is not often seen within fjords outside the spawning season. These grow faster.

The main spawning areas for migrating cod are in warmer waters along the southwest coast of Iceland. From there, eggs and juveniles drift north with the currents and stay for the first years north of Iceland. When they are mature they migrate to feeding areas west and east of Iceland. Occasionally, the adults migrate again into northern fjords.

The smallest individuals are usually in shallower waters. Cod juveniles that hatch in the spring are pelagic until autumn when they migrate close to the bottom. After that they usually stay in places where they can easily hide, for example in the kelp forests that extend down to about 20 m depth.

The juveniles are very small the first year and they are an important food source for many larger species, so they spend most of the time hiding to avoid predation. When they grow they become more daring. 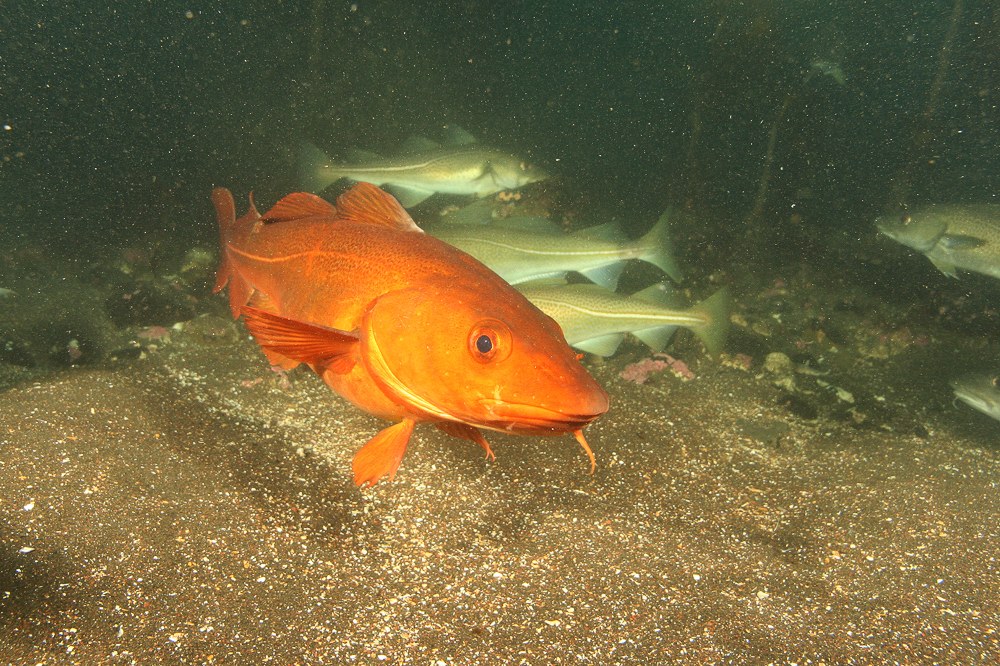 Cod can grow to be more than 1 m long and by then have few predators (except man). Adult cod eat mainly smaller fish, including juvenile cod.

When sea angling in northern Iceland one is almost guaranteed to catch some cods. Small cod can also be caught with fishing rods from the seashore and from piers.