Sea anemones (Actiniaria) can grow quite large and are conspicious among bottom life. Anemones are mostly found affixed to some sort of hard surface, like stone or wood, but some species are commonly found attached to the shells of mollusks and crustaceans, living or dead. When attached to a living animal, both creatures can benefit from the arrangement. The shelled animal gains the protection and camouflage provided by the anemone, while the anemone benefits from the mobile animal moving it along the bottom.

Anemones have venomous stinging cells in their arms that they use to stun or kill prey that is then brought to the mouth by contraction of the arms.

Anemones are common on hard bottoms in northern Iceland, especially the species Metridium senile (see photo). Commonly known as the plumose or frilled anemone, which can be found in expansive dense gardens on the bottom. The frilled anemone has arms that branch into very many fine appendages and a long smooth base. It feeds  on tiny planktonic animals.

Other common species in the northern fjords, such as the dahlia anemone (Urticina felina), have much thicker arms and feed on larger prey, including 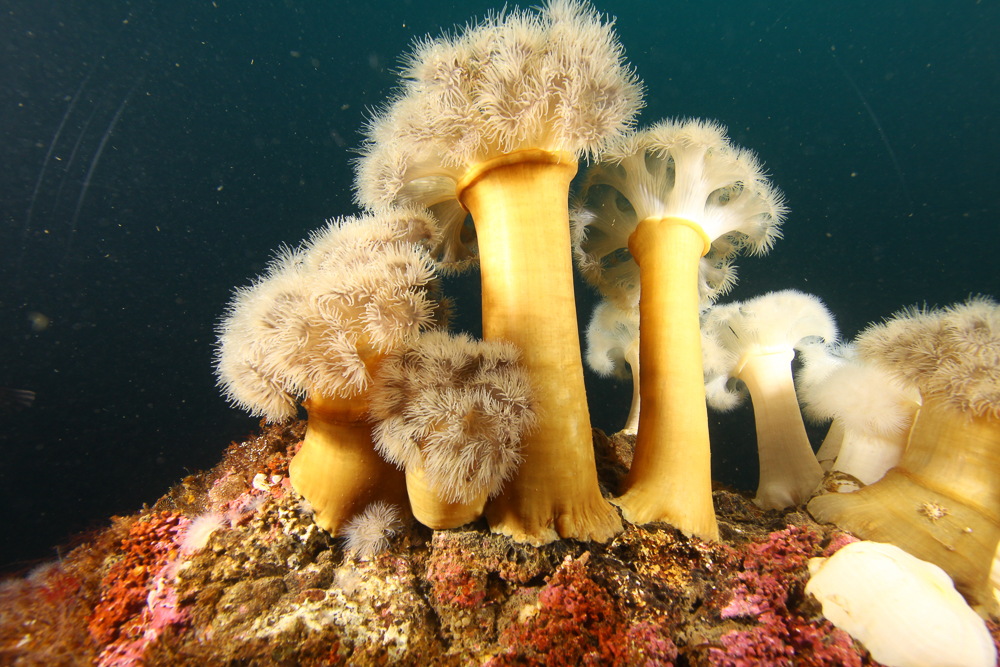 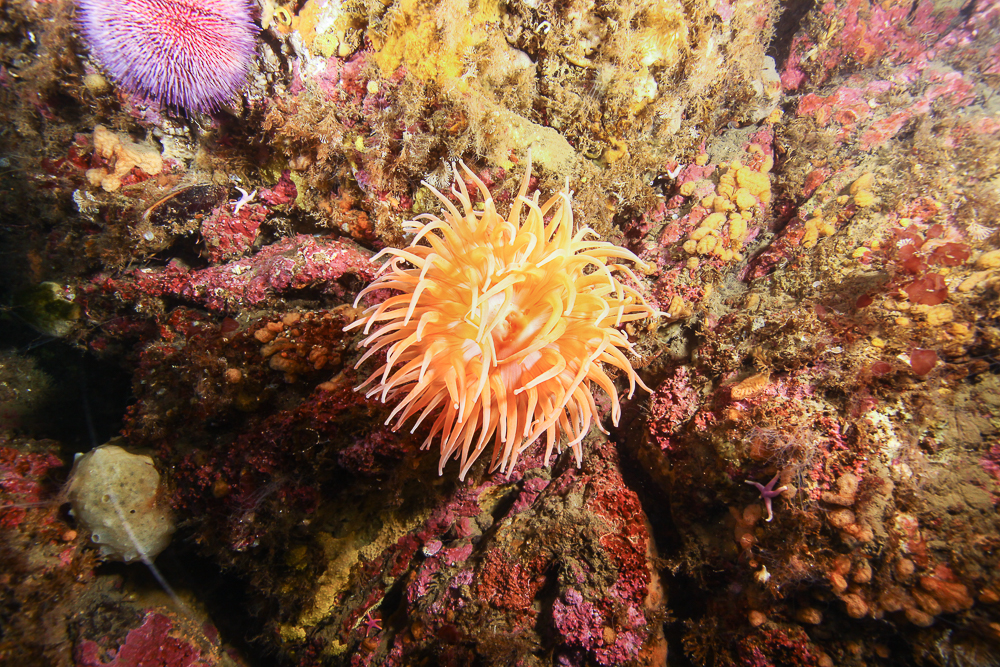