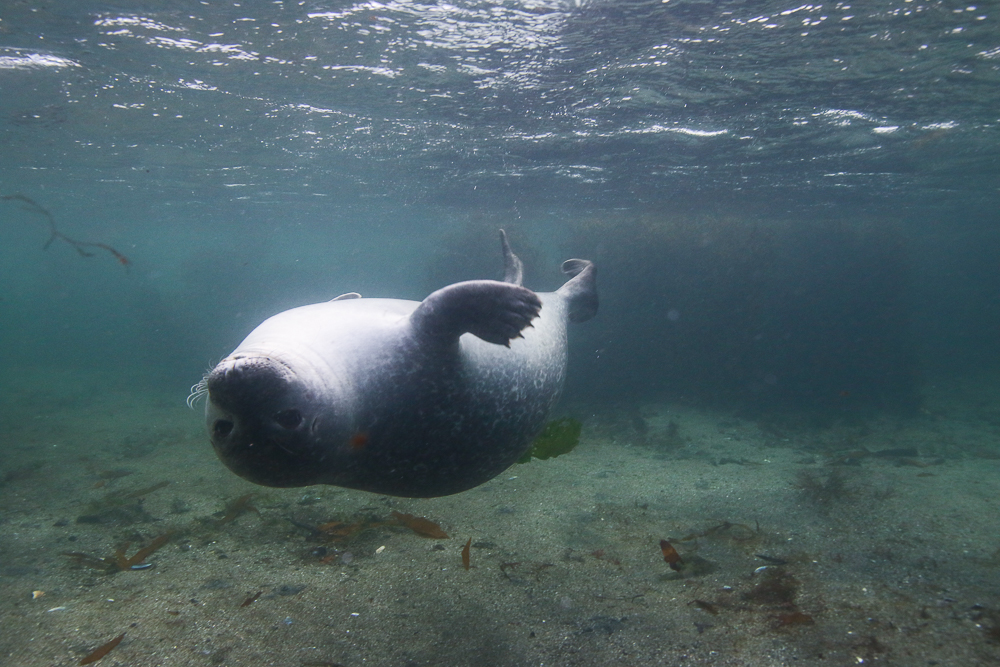 Most mammals live on land, but whales, seals and sea cows have almost completely adapted to living in the ocean. Sea cows are nowadays only found in the tropics but seals and whales are found throughout the world’s oceans, in fact they are most abundant in the cold oceans. Many seal and whale species have been seen off the northern coast of Iceland and some are frequent within the fjords and bays.

Marine mammals have warm blood like other mammals, and have to get oxygen by breathing air. Therefore they have to overcome several challenges in the cold oceans. On the other hand, having warm blood in a cold ocean allows these animals to remain highly activity despite the cold. Cold-blooded animals become sluggish at cold temperatures. Most marine mammals have a thick layer of blubber for insulation. This insulation works so well that marine mammals are in fact nowhere as abundant as in the cold waters of the world.