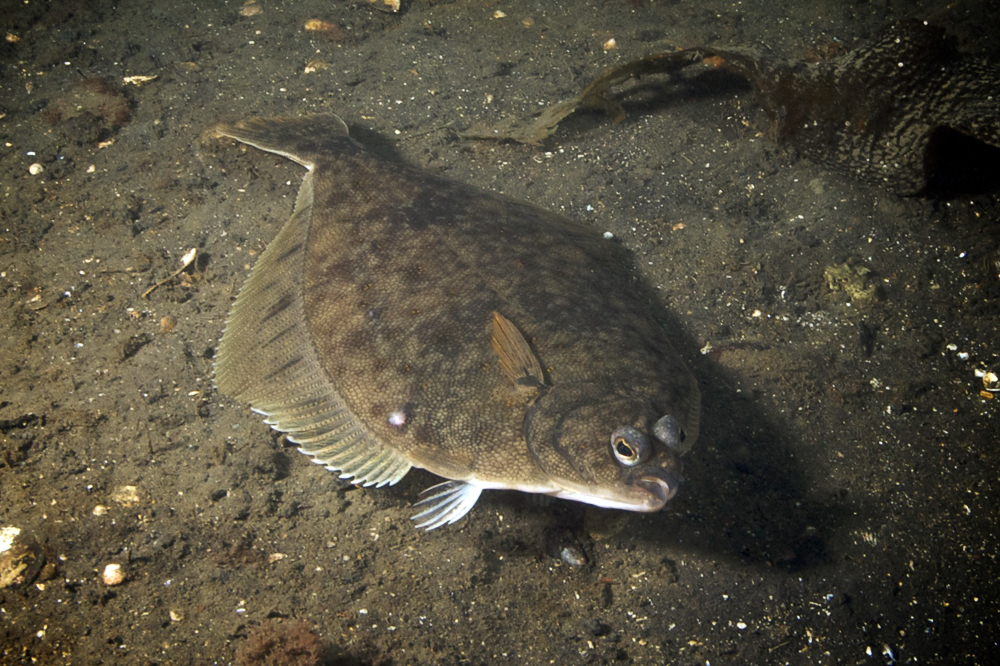 The main characteristic of flatfish is that they are flat, as the name indicates. This is an adaptation to life on the seafloor. Flatfish are most common in areas where the bottom is flat and composed of soft sediment, where they can avoid predators or hide themselves to wait in ambush for prey. Most flatfish eat primarily small invertebrates, but many also hunt young fish as well. The halibuts are examples of flatfish that specialize in eating fish. Thirteen species of flatfish have been found in Icelandic waters and most have been found in Northern Iceland.

The European plaice (Pleuronectes platessa) was long the most commercially important flatfish on Iceland’s northern coast, but in recent years that distinction has been taken by the Greenland halibut . The plaice is a medium-sized flatfish with a dark green upper surface featuring red spots. The underside is white, sometimes with brown or grey patches. European plaice are common around Iceland. Juveniles inhabit inshore waters on sandy or muddy bottoms and adults live in deeper waters except during spawning.

Dab (Limanda limanda) is similar to the plaice in appearance, but it does not have the red spots and tends to be closer to brown than green. The easiest way to distinguish between the two, however, is 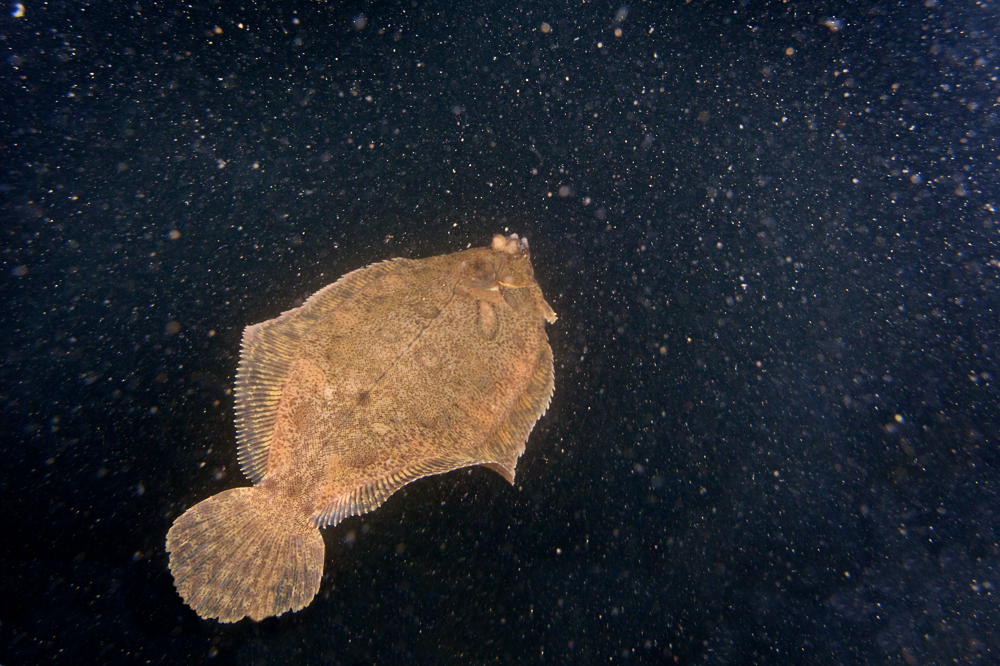 that the dab’s scales feel like sandpaper if rubbed from tail to head whereas plaice are rather smooth. Dab is a shallow water species and is very common from just below the tide mark to about 40 m depth. If a flatfish is caught from a pier in Iceland, it’s probably a dab.

Long rough dab (or American plaice - Hippoglossoides platessoides) is similar in size to the dab but it has a much larger mouth and is longer in proportion to its width. This is likely the most common flatfish in northern Icelandic waters, but it prefers deeper water than the dab and European plaice.

The Atlantic halibut (Hippoglossus hippoglossus) is the largest bony fish species in Icelandic waters. It feeds mostly on other fish. While halibut are more common in the warmer waters south of Iceland, they are also caught along the north coast, even within the fjords. There are few large halibut left these days and all fishing for the species is banned. If you catch a halibut you are supposed to release it alive.

The Greenland halibut (Reinhardtius hippoglossoides) is currently the most economically valuable flatfish in Icelandic waters. This is another piscivore, that is, a fish eater. The species prefers deeper, colder waters in the deep canyons off the northern coast and only occasionally ventures up into the fjords.

The witch flounder (Glyptocephalus cynoglossus) and lemon sole (Microstomus kitt) are two other common flatfish in Icelandic waters, but these are mostly in the warmer waters to the south and west of Iceland. They are more rarely found along the northern coast.

The first three are residents and almost only found in the warmer southern waters. The brill and turbot are vagrants from Europe and especially the turbot is found quite often. Also, some have been farmed in various places around the country. The flounder is a newcomer in Icelandic fish fauna and is gradually spreading around the country. It is most common along the south and west coasts but in 2011 it had spread all the way to Eyjafjörður. The flounder is unique among the flatfish named here in that it can live in freshwater. If you catch a flatfish in a river or a lake it is most probably a newly arrived flounder.