Life originated in the sea, and there it evolved for millions of years before any organisms began to colonize the land. The diversity of life is therefore much greater in the sea than on land. The largest as well as the longest-living animals in the world are to be found in the ocean, but it is also crawling with tiny microscopic life and some of those only live for a few days.

Many species can be found in North Icelandic waters, including the largest and the longest-living animals on earth. More species are probably found there than many realize. This is because northern Icelandic waters are at a boundary between two worlds: the cold Arctic and the warmer temperate ecological zones. This means that species from both zones can be found in the fjord.  This also means that climate changes are frequent and unpredictable.

Resident species are not as many as migratory species because of variations in the marine environment, especially temperature. Migratory and vagrant species are many and frequent, either from the north when conditions are cold or the south if they are warm.

The marine food chain is similar in structure to its terrestrial counterpart. Algae are the plants of the ocean and are lowest in the marine food chain; they use energy from the sun to produce organic material from inorganic, a process called primary production.  Microscopic phytoplankton float in the surface layers and can multiply in numbers incredibly fast if conditions are favourable. Benthic algae are large and more like plants on land, they live attached to the bottom in shallow waters.

Most marine animals are quite unlike terrestrial animals. For example, many are sessile, which means stuck to the bottom or some other surface for at least a large part of their life cycle. They are often mistaken for plants. Sponges often look like moss on hard surfaces. Many cnidarians look like flowers, but are in fact predators. Echinoderms (sea stars and urchins) are large, slow and conspicuous crawlers on the bottom. Nothing like them can be found on land.

The fish and mammals are highest groups in the marine food chain. Mammals are among the animals with which we are most familiar, since we belong to that group, ourselves. But, over the millennia of evolution, some species returned to the sea and are now known as whales and seals. 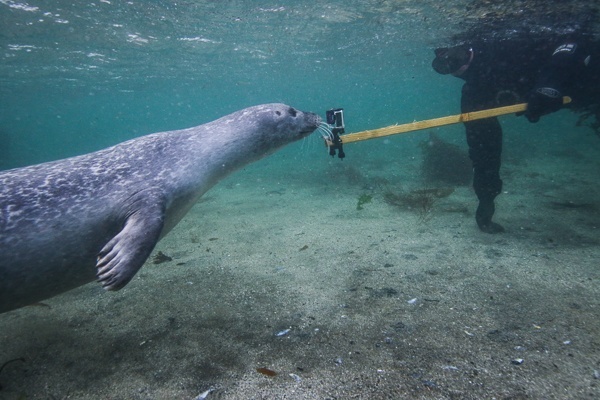 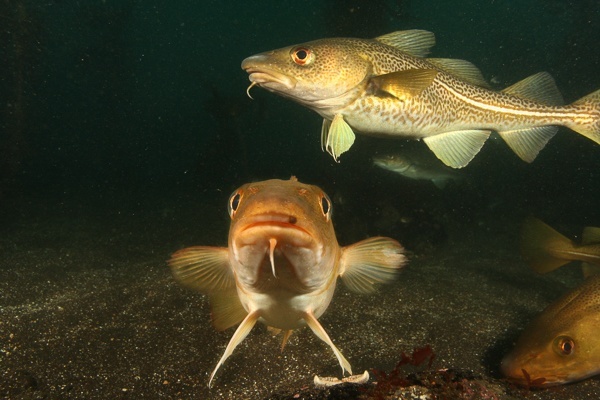